I am a connector and peacemaker and fool.

What is more beautiful than looking up at the green maple leaves emerging from the branches of a single trunk to create a canopy unto itself?

The tree towers above the field. In every direction are saplings that were once part of this tree and whose roots may yet intertwine with those of this mighty one.

All the branches start high upon her trunk. The lower parts of this trunk are covered in giant scars. Gnarled areas memorialize where branches had been sawed off without anesthesia. Lightning strikes have charred the trunk. A long cracked scar is a remembrance of when a sudden storm tore down a vital branch so violently that the tree had produced no buds for over two years.

The future that this tree imagined for itself, when only a sapling, is a distant memory. A history that never became. 1000 paths which the seasons have worn down to one. The tree carries her memories in her rings, which she hides away from view but does not forget. She had imagined herself growing within a forest of her peers. Never imagining she would become a forest unto herself, encircled by saplings and their cacophony of rustling leaves of youth.

You may also enjoy 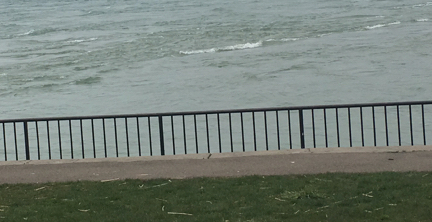 basking in the sun and feeling a gentle breeze

a team pays attention with many eyes

a healthy path forward begins with acceptance of this truth